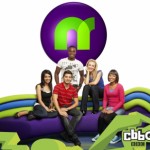 2014 has already seen a TV lifetime ambition of mine achieved by appearing on CBBC’s Newsround (9th April). I explained, in a manner that 6-12 year old children can grasp, exactly how an amazing new electrode implant for people suffering from paralysis due to a spinal injury boosts the weak signal to enable them to move their legs again. Tomorrow (1st May) I’ll be back on This Morning after a two year hiatus to discuss human sex pheromones with Phillip Schofield, Holly Willoughby and Tracey Cox. And right at the beginning of this year I made my debut in a documentary for CBC (Canada’s version of the BBC) called Officeland, which took a lighthearted yet thorough look at working life in the modern office…

The topic of whether open-plan offices are, on balance, a good or a bad thing is extremely relevant to many people. The concept was first implemented in the hope of doing away with the strictly-defined hierarchy that ruled many office workers lives during the mid to late Twentieth Century. In-so-doing it was hoped that it would encourage greater interaction between staff and thus more spontaneous cross-fertilisation of ideas and innovation. This may be the case, but many workers stuck with this suspiciously cost-effective system of organising a workplace have begun to wonder if it really is the best way to work.

The Canadian Broadcast Corporation asked me to do some filming with them last year for a new documentary which aired in January of this year. My role was to illustrate how distracting the open plan office can be. I stress the word “illustration” here because anytime you wheel an EEG kit into an office space in front of TV cameras you are rarely doing what science would consider to be a bona fide experiment or study. The aim was simply to demonstrate what the EEG literature has found time and time again – prefrontal alpha waves are positively correlated with quiet, focused attention, whilst prefrontal beta waves are associated with the effort of blocking out distractions.

Officeland was presented by the inimitable Peter Keleghan whose light-hearted, comedic approach to the subject matter really helped to carry the whole documentary along very nicely. We wired him up and set him the task of completing an online IQ test in an open-plan office, to see how his brain would contend with commonplace distractions and some more unorthodox distractions thrown in for good measure. You can see how he got on below… 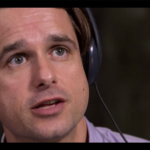 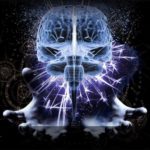 Secrets of the Brain