From adolescence onwards we all begin to lose brain cells. As a consequence our brains gradually and inexorably shrink (compare the “old” brain on the left to the “young” brain on the right). In fact by the age of 80 your brain will occupy 15% less of the space within your skull than in the prime of life. Yet over the course of adulthood, as our brains are losing more and more cells, our knowledge and repertoire of skills nonetheless continues to grow as we accumulate more and more experience. How is this possible? Well, despite the incremental decrease in quantity of brain cells over the years connections between neuronal networks that are in regular and intensive communication with each other are selectively reinforced. This enables increased efficiency in execution of the mental processes that those networks support. Hence we can do more with less as we age. Sadly, for all of us, there will always come a time when the degree of brain cell loss is such that mental function begins to decline. In other words, if we all could live forever, dementia will inevitably strike at some point in time. 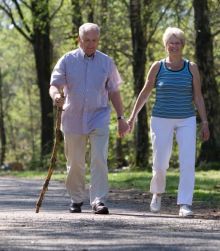 Although we cannot halt the process of grey matter loss completely, the good news is that we can slow down its progression. This month a study conducted at the University of Pittsburgh and published in the journal “Neurology” describes the influence of regular exercise on the rate of reduction of brain volume and cognitive function in 299 elderly individuals.

It was observed that those individuals of this group of average age 78 who walked in excess of 6 miles per week had a significantly reduced rate of grey matter loss and consequently a lesser degree of cognitive decline. The greater the distance walked each week, the smaller the reduction in volume over a 9 year period within their frontal lobe, occipital lobe, entorhinal cortex and critically, in the hippocampus. My post last month described the vital role that the hippocampus plays in the creation and recall of long term memories.

Evidence to support this hypothesis comes from research conducted over a decade ago suggesting, in the mouse brain at least, that exercise does indeed increase the rate of neurogenesis.

Exactly why this happens is unclear, but I would propose that, given the hippocampus is heavily involved in navigation, particularly when it comes to flexibility in finding the best route from A to B, it would make sense for physical activity to trigger production of new cells in this brain area. A greater number of hippocampal neurons would presumably support a greater capacity to memorise routes and landmarks encountered whilst exploring the environment. This could feasibly convey a critical survival advantage by helping to prevent people from getting lost. Over the thousands of years of our species evolultion, getting lost was probably an excellent way of deleting oneself from the gene pool and so those with movement-triggered hippocampal neurogenesis may have been more likely to survive.

This seems a plausible (but by no means concrete) account of why older individuals who take regular exercise appear to have more grey matter and superior cognitive function than those who do not. Whatever the true explanation, it seems clear if you want to hang onto your marbles in the long term then it’s probably a good idea to take a regular stroll for the rest of your life. 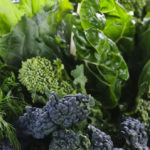 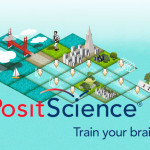