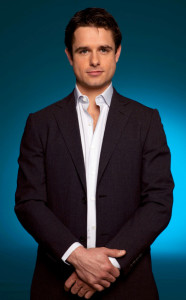 Hi there, I’m Jack… welcome to my site. Below is an account of my story so far. And to the right a list of blogs I’ve written about on various brain-related topics.

I was awarded a first class BSc degree in neuroscience by the University of Nottingham back in 2001 and in 2005 I got my PhD from UCL.

In 2010 the Journal of Neuroscience published my post-doctoral research, which I performed during my time at the Max Planck Institute for Biological Cybernetics in Tuebingen (Germany), using fMRI brain imaging to investigate how the human brain integrates sound and vision in perception. A few years later, in 2017, an EEG study I did in collaboration with a professor at Goldsmith’s University was published in the Journal of Neuroscience, Psychology and Economics.

But over the past ten years I’ve mainly been focused on what I call Neuroscience ABC:

A is for Author: I’ve published a best-selling book called Sort Your Brain Out (Wiley), a collection of science stories from my Geek Chic Weird Science podcast by the name of Mice Who Sing For Sex (Little Brown) and my first solo effort: The Science of Sin (Bloomsbury Sigma) which launched in the UK in July, the USA in September and Australia in November 2018.

B is for Broadcaster: I’ve presented many science-related series for BBC, Sky and Discovery. Most recently I did two series called Secrets of the Brain for Insight TV .

C is for consultant: I’ve injected a neuroscience-informed perspective into many projects for a variety of companies across many industry sectors: from Finance to Pharmaceuticals, Technology to Design.

I give dozens of keynote talks each year, where I provide neuroscience-inspired tips and tricks that can help us all squeeze more out of our brains and get them firing on all cylinders every day. An overview of the kind of talks I do can be found by clicking here.

For four years I did a fortnightly podcast called Geek Chic’s Weird Science, co-presented with Radio X’s Lliana Bird (I’m the Geek, she’s the Chic!). We discussed the latest news from the weird and wonderful backwaters of science.  It’s available on iTunes, podbay, libsyn and several others. In 2017 we turned this into a live show, recording in front of an audience at the Cheltenham Science Festival, Latitude Festival and WOMAD. This series concluded with our 100th episode so that I could focus on my new YouTube channel (launching in 2019) and Lliana on her beautiful new baby.

My main goal is to bring the latest neuroscience research to the attention of the widest possible audience, taking great care always to speak and write in plain English. I also do a lot of work to help promote STEM (science, technology, engineering and maths) subjects across the world by getting people excited about all sorts of new scientific breakthroughs, issues and events.

I’ve developed extensive experience as a science television broadcaster over the past 8 years, either as presenter, expert contributer and/or science consultant (showreel at bottom of page). I’ve also done several corporate presenting jobs for the Electric Car Company, Babcock, Barclays and Setters Safety. Here’s a list of my broadcast credits to date:

My latest showreel is at the bottom of this page and older ones can also be accessed by clicking here.

This website contains an extensive archive of articles spanning a variety of topics, including the following categories (see full list in panel to the right):

If you require my input as a presenter, consultant or speaker on a science-related topic, get in touch!