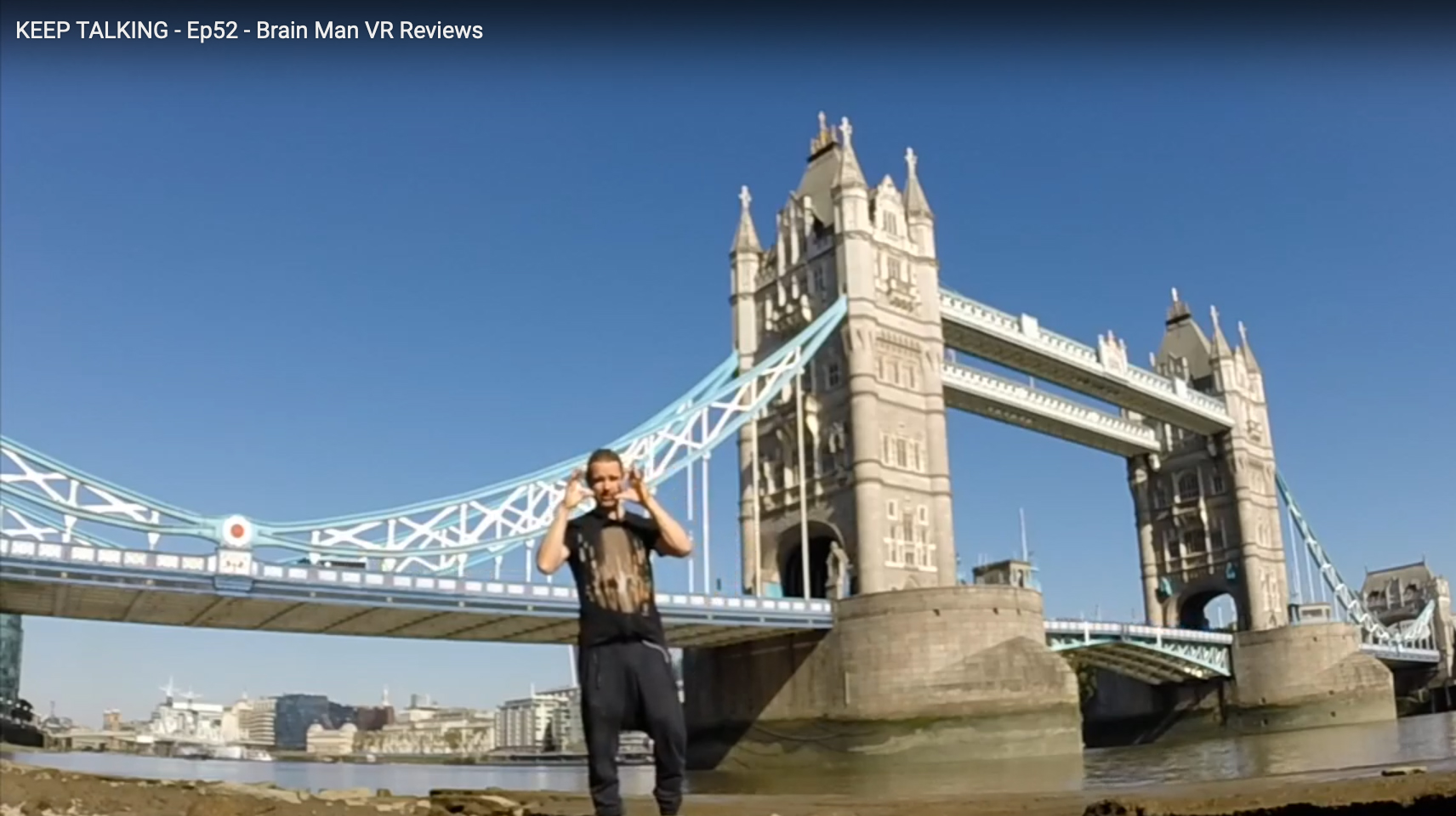 A year ago I set myself a challenge.

Film, edit and upload one episode of Brain Man VR Reviews per week.

I chose to do this because I think VR has the potential to change our lives in a positive way, if only we can use it wisely.

I wanted to track how my brain adjusted to the demands and opportunities presented by lots of different types of VR experience.

What better way to achieve that than film myself exploring VR worlds over the course of several years!

75% of episodes in this first series have reviewed games played in virtual reality. Tasks like moving objects, exploring rooms, solve puzzles, moving to the beat of a tune, hitting targets, flying through space, racing skydivers over mountaintops, creating inventions and so on..

But 25% are reviews of VR “experiences” – where you are inside the story, with actors, animated characters and dancers physically in the space with you, each scene appearing at a different compass heading as the narrative unfolds.

It has been a brilliant journey. I have learned so much about VR. And so I wanted to share some of my favourite episodes with you here.

Over the next few months I’ll be sharing my top picks from the series.

Starting with the last ever episode of Brain Man VR Reviews in which I handed the reins over to a couple of brainy friends who set out to tackle: Keep Talking And Nobody Explodes

One of my favourite TV series of the last couple of years is called Britannia. It tells the story, with huge creative latitude, of the Roman invasion of Britain. When I heard that one of London’s finest VR companies, with a reputation for producing not just outrageously high definition virtual reality environments, but also dropping real actors into your midst while in VR, I just had to review this one… BRITANNIA VR

When I watch movies set in space, or see astronauts on the International Space Station on the news, I often wonder what it’s like to float around in a gravity-free environment. I’ve always been particularly envious of those rich enough to do the NASA experience where a jumbo jet flies in a way that recreates zero gravity, if only for a few minutes.

This envy evaporated immediately when I realised I could do it in VR. Better still, with thrusters in your wrists, START SHELTER enables you to zip through space to raid nearby space junk for the raw materials you need to survive. You bring these salvaged resources back to the lab – in your very own miniature space station – to build equipment to prepare food, repair asteroid impact holes in your spacecraft and get various jobs done. I’m always on the look out for VR experiences that have the potential to provide a convincing illusion of being able to get away from the stresses of everyday life for a while. This one fits that bill very well…

Some VR experiences are like watching a film but better, because you are actually inside the film and the action appears all around you. Being fully 360-degree immersed in a story is incredibly exciting but sometimes its frustrating to just be a passenger; watching and listening to what happens around you, but not able to actually do anything.

Other VR titles, as mentioned above, are pure games. There’s not much in the way of a coherent storyline to follow, but plenty of things you can do to earn points, hit targets, crack puzzles etc.

A more ambitious set of VR creations try to fuse the two together. They have you solving puzzles while fully immersed in a compelling storyline. In the case of PROZE you are in a Soviet laboratory, hacking into computers, tuning satellite frequencies and connecting cables. If you manage to complete the first set of challenges, the story suddenly takes over and you are whisked away in to a mesmerising adventure of suspicion and intrigue. (NB this was filmed after several failed attempts!)

By now, artists have been beavering away in VR for decades. Finally they have a place to exhibit their 3D, interactive, scale-defying works of art. It’s called the MUSEUM OF OTHER REALITIES

Substances like psilocybin (in the juice from magic mushrooms) and LSD (created in a lab) have been studied for their medicinal properties for years. Recent neuropsychopharmacological investigations have shown that pscilocybin in particular has great promise for treating major depression. Wouldn’t it be great if you could trigger a similar psychedelic experience using just light and sound?! That was the aim that the creator of SOUND SELF had in mind, when he coded it to respond to sounds made by the person wearing the VR headset by changing the trippy visuals seen through the goggles and playing back some, but not all, of the sounds you make at a later point in time. It’s like an audio looper on steroids and is probably the best, most engrossing, run and rewarding way of doing mindful meditation that I’ve ever experienced.

Next month, I’ll be recommending some more top virtual reality experiences so WATCH THIS SPACE.

In addition to these monthly blogs I also tweet about the latest neuroscience research to breakthrough into the lay media on a regular basis (@drjacklewis).

“Body Language Secrets” aka “How To Get What You Want” co-presented by Dr Jack Lewis, Mondays, 8pm, Sky One 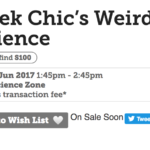