What do green spaces (parks, fields, commons etc.) do to the human brain? Why do people drop litter? How does visible evidence of anti-social behaviour affect the way other people behave? How would people behave if those responsible for keeping one of London’s finest Royal Parks clean were to down tools for an entire weekend?

All of these questions were asked of Dr Jack by The One Show reporter Justin Rowlatt in Hyde Park where the Keep Britain Tidy campaign ran an interesting experiment over the weekend to see how people would react if the rubbish they dropped was left to accumulate. This brainpost details some of the background to Dr Jack’s comments on The One Show (Mon 1st Aug, BBC1, 7pm).

Spending time in green spaces reduces blood pressure, increases self-reported happiness ratings and even boosts self-confidence. And this is not just because being in clean and tidy natural environments encourages people to take exercise. Neither, it seems, do you have to actually be physically outdoors in these spaces to benefit from these life-enriching effects. Merely having a view over a natural green space is sufficient to influence the rate of healing and the perception of pain. In a famous Science study published in 1984 by Roger S. Ulrich, patients whose recovery room had either a view of a small copse of trees or a brown brick wall were compared, retrospectively, in terms of duration of their stay in hospital and strength of analgesia required to deal with the pain induced by gall bladder surgery performed in the same Pennsylvanian hospital. They found that on average those with the view of a green space spent on average one less day in hospital and required much fewer moderate or strong doses of pain killers compared to those with a view of the brick wall.

Numerous studies have been conducted since to try to establish what aspects of the natural environment have the strongest benefits to our wellbeing. Virgnia I Lohr, of Washington State University, describes studies suggesting that bright green colours synonymous with luscious vegetation make us feel happier than light greens and yellows that could indicate plant nutrient deficiencies. Furthermore not only does mood improve when we look at trees but we even have a preference for trees with spreading canopies over short and stubby bush like trees typically found in arid areas and tall / narrow trees typically found in areas of very high rainfall. The explanation Lohr offers for these preferences for bright greens and trees with spreading canopies is that such visual stimuli are indicative of conditions suitable for the proliferation of human life. In other words an innate appreciation of such visual characteristics conferred a survival advantage to early humans as they would have been attracted to environments with flourishing plantlife and thus food sources, whilst others would have perished in environments that were either too dry or to wet.

Parks and open spaces are clearly very beneficial in terms of improving health and quality of life. However if it wasn’t for the armies of park staff who clean up after members of the public who routinely leave their litter behind, these green spaces would soon become the last place you would want to spend your spare time. The question is, why do people leave their litter behind for somebody else to clear up? All human behaviour is governed by predictions of reward and punishment. We are subconsciously guided towards behaviours that maximise rewards whilst minimising punishments.

The pleasure pathways of the brain, in particular the nucleus accumbens, are involved in attaching a reward prediction to a certain course of action based on past experience. Drinking water when thirsty or eating food when hungry are examples of behaviours hardwired to produce powerful sensations of pleasure because they help to keep us alive. However the sense of pleasure that people get from putting rubbish in the bin is not innate, like drinking and eating, but instead it must be learned. Nonetheless, even in the absence of a sense of reward from putting rubbish in the bin, if littering is consistently punished then that too can steer people away from anti-social and towards pro-social behaviours. Whilst most parents are still apt to discipline their children for littering, which provides valuable experience of the punishments that follow such anti-social behaviour, parents aren’t always around. In the past adults felt at liberty to scold, or even physically punish, any child that they happened to see dropping litter, but in the modern climate of political correctness this is becoming a thing of the past. Young people no longer learn that punishment reliably follows the act of dropping litter and so their brains do not generate the sense of discomfort, anxiety or unease (generated by the anterior insula) that would precede acts of anti-social behaviour that they know through experience is likely to be punished. So in the absence of any negative emotions associated with the act of littering, nor positive emotions associated with the act of putting litter in the bin, rubbish ends up being lobbed around willy nilly, even when a bin is conveniently located just a few steps away.

When children are brought up with a strong sense of social responsibility then in later life they may get sensations of what might be called “righteous” pleasure from doing the “right thing.” The point is that to get a feeling of satisfaction from performing pro-social behaviours you must have been trained over prolonged periods of time by parents, carers, teachers and/or peers in order to get a kick out of it. If society wants to encourage pro-social behaviours we’ve either got to praise young people more for putting litter in the bin, or make them very uncomfortable when they just drop it for someone else to deal with.

A fascinating study, again from the journal Science (Keizer et al, 2008), indicates that evidence of other people’s antisocial behaviour can make others more likely to be antisocial themselves. This would suggest that the problem with litter goes beyond just rubbish on the streets and in our parks. In one of their experiments they demonstrated that environments in which anti-social behaviour was evident, e.g. litter strewn around on the pavement, graffitti sprayed on the walls or fire crackers set off in the background, not only makes people more likely to litter themselves, but also to commit more serious anti-social behaviours like theft. It seems that people modulate their own behaviour according to cues regarding the degree of anti-social behaviours committed by others.

It is for this reason that Dr Jack predicted that whilst Hyde Park is pristine and clean people will be (slightly) more likely to put their rubbish in the bin. However as the rubbish builds up people will probably become more and more likely to leave their rubbish behind. Furthermore, based on the findings of Keizer and colleagues, the more the rubbish builds up, the more likely people will be to commit other forms of anti-social behaviour. To find out if Jack’s predictions were right, tune into BBC1 tonight at 7pm. 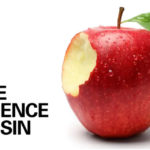