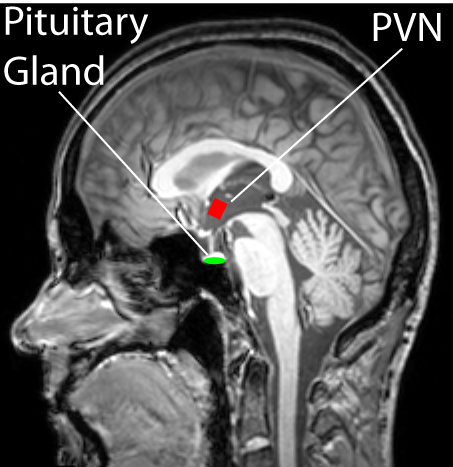 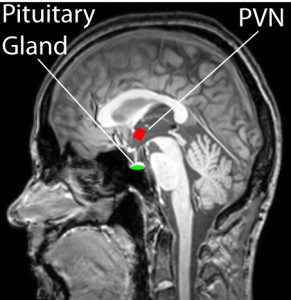 It seems like you see with your eyes but in fact they merely detect light and convert it into electrical signals from which dedicated brain areas create what you perceive as vision. Similarly, it feels like you hear with your ears, but again they mainly convert sound information into electrical impulses which are interpreted as the sounds you hear in brain regions dedicated to hearing. In the same way, sex might feel like it takes place in your genitals, but in fact it is all experienced inside your brain.

The part of your brain that ultimately triggers sex drive is called the paraventricular nucleus (PVN) of the hypothalamus. It can release the neurohormone “oxytocin” into the bloodstream (via the pituitary gland) AND use it as a neurotransmitter in the neurons which coarse down the spinal cord en route to the genitals. When activated by a sexually-arousing sensory experience, or thought, the PVN prepares the body for sex by sending a torrent of electrical activity along neurons that descend down the spinal cord exiting at the level of the sacrum and ultimately release a cocktail of neurotransmitters into the tissues of the genitals. In both men and women this leads to vasocongestion whereby the genitals become engorged with blood. In men this leads to an erection and in women this increases lubrication, diameter and depth of the vagina. As I devoted last month’s brain post to female sexual arousal, this month I will place greater emphasis on the male.

Acetyl Choline (ACh), Vasoactive Intestinal Peptide (VIP) and Nitric Oxide (NO) are the names of the three neurotransmitters released by the neurons (many neurons in a bundle constitute a nerve) which terminate in the twin blood reservoirs that run alongside the urethra – the tube that carries urine / seminal fluid through the underside of the penis to the outside world. These blood reservoirs are called the corpora cavernosa and the presence of the ACh, VIP and NO increases levels of another pair of neurotransmitters – cAMP and cGMP – which are both cyclic nucleotides. It is these cyclic nucleotides that are responsible for releasing the grip of those finger-like smooth muscles which, in the unaroused and flaccid penis, hold the corpora cavernosa blood reservoirs tightly closed – preventing blood from entering (see “Flaccid” cross section image, right). However when the tension in these smooth muscles is relaxed by the presence of the cyclic nucleotides, blood can rapidly enter these reservoirs, inflating them (see “Erect” cross section image; left) until they press tightly against the tunica albugina – an inflexible cylinder of tissue that defines the extension limit of an erection. At this point the blood pressure within these vessels rises to 100 mmHg (as opposed to the usual 70-90 mmHg) under which pressure the blood vessels carrying blood away from the penis are closed. This is how the brain induces an erection, next we will encounter factors that can eliminate an erection.

cAMP and cGMP are constantly being eliminated by the action of an enzyme called phosphodiesterase-5. Maintenance of an erection requires constant activity within the hypothalamic PVN in order for electrical messages to be sent down neurons of the spinal cord to ensure continuous release of the NO, VIP and ACh which in turn keeps levels of cAMP and cGMP up sufficiently to prevent the finger-like muscles of the trabeculae from contracting and squeezing all the blood out of the penis (detumescence). This can also be triggered by impulses within the sympathetic nervous system, operating antagonistically alongside the parasympathetic nervous system which is responsible for inducing the erection. The sympathetic nervous system kicks in after ejaculation, explaining the detumescence that usually follows orgasm, but can also oppose the arousing influence of the parasympathetic innervation in response to perceived (or imagined) danger, or any other cause of anxiety. Sildenafil (aka Viagra), tadalifil (Cialis) and vardenafil (Levitra) are drugs prescribed for erectile dysfunction in men which induce and erection by chemically inhibiting the phosophodiesterase-5 enzyme so that the cAMP and cGMP are not broken down ensuring that the blood reservoirs of the penis stay full of blood.

In addition to these monthly brainposts you can catch my regular 140 character dispatches relating to new breakthroughs in brain research (#braintweet) by following me on Twitter. 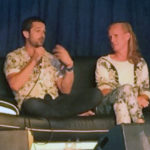 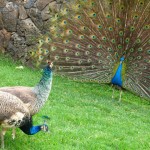 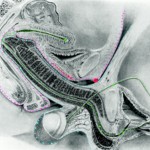