Cosmetic psychopharmacology, cognitive enhancement or simply smart drugs, call it what you will, the use of pharmaceutical agents like methylphenidate (Ritalin) and modafinil (Provigil) for performance enhancement and sleep avoidance is rife. Throughout big business, software development, academia, poker tournaments and – according to a recent academic paper – even the medical establishment itself, many healthy individuals are opting to optimise brain function with drugs specifically intended for the treatment of illnesses, simply to keep up with the breakneck pace of life in the 21st century.

This summer a paper was published in the Journal for Law, Medicine and Ethics discussing a pretty unusual moral dilemma. Some medical doctors have concluded that their “ethical duty to reduce error during periods of fatigue” extends to dosing themselves with smart drugs, such as modafinil, to improve concentration and alertness in circumstances where their punishing schedule leaves them feeling utterly exhausted. Medical physicians are also finding themselves under pressure from patients to dish out prescriptions for “smart drugs” to help them keep up with the incessant demand for increased efficiency and competitiveness placed on them by work, family and friends. It may sound reasonable upon first glance but the upshot is that, in either case, it is quite simply illegal for these drugs to be prescribed for such purposes and, irrespective of issues of jurisprudence, it places patient, physician and society “at risk for dangerous health and social consequences.”

In 2008, results of an online poll were published in the journal Nature, revealing that 20% of respondents (predominantly academics) had used such nootropic substances for non-medical purposes like improving concentration, memory or to counteract jetlag. This inspired a large number of newspaper and magazine articles and a flurry of scientific studies to further investigate this phenomenon. 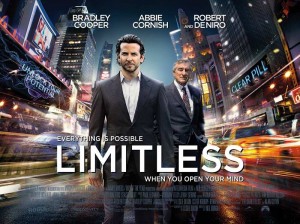 Hollywood got in on the act earlier this year with the blockbuster film Limitless. It spun a typically high-octane tale of the meteoric rise (and inevitably crushing fall) of a failing author who temporarily manages to transform himself into a super-intelligent, ultra-motivated, overachieving writer, linguist and stock trader through regular doses of a transparent, fictitious and exceptionally effective smart drug. (Un?)Fortunately, in the real world, pharmaceutical neuroenhancement quite simply does not result in such dramatically transformative effects.

A businessperson hell-bent on performing to the best of their abilities in spite of jetlag may elect to emulate the example set by the military, which can actually require their staff to neutralise the debilitating cognitive consequences of fatigue under circumstances of “operational necessity,” by using modafinil to gain the competitive edge. Yet a recent meta-analysis of a large number of studies investigating the use of popular neuroenhancing drugs in healthy people highlighted the gap between people’s expectations and the actual effects of such substances. In sleep deprived individuals a single dose of modafinil does have a strong positive effect on executive function and improvement in memory – an effect that wears off during continued sleep deprivation. But were they to take a single dose when not sleep deprived, they would find it has the opposite effect; under these conditions it actually induces drowsiness. Furthermore, repeated doses of modafinil when not sleep deprived increases both positive and negative affect, which means you would simultaneously feel slightly happier and more anxious.

As pressure to succeed continues to mount in higher education, business and medicine, a wide range of different people from all walks of life are beginning to find themselves under increasing pressure to jump on the smart drug bandwagon just to keep up with their peers. Given that the 2008 Nature poll also found that “one-third of respondents said they would feel pressure to give cognition-enhancing drugs to their children if other children at school were taking them” – it is perhaps unsurprising that the competitiveness epidemic may already be spilling over into the school system. Indeed, confidential sources (an ex-pupil) tell me that it has become common practice in many British public schools for those prescribed Ritalin for ADHD to sell it on to other pupils at extortionate rates. Interestingly, the market appears to be not the usual suspects – that inevitable group in every secondary school who become enamoured with with recreational drug experimentation –  but instead the conscientious geeky types who are hell bent on doing whatever they can to ace their exams. The sad thing is they are almost certainly wasting their money.

Methylphenidate, the drug branded as Ritalin, is a funny old drug. Much confusion has, quite understandably, arisen from the counterintuitive concept of using an amphetamine-derivative in the treatment of Attention Deficit Hyperactivity Disorder (ADHD). A typical response to this revelation is: “Why would anyone want to give a hyperactive child speed?” The explanation is, in fact, reasonably straightforward. Methylphenidate has a very different effect on the brain to the other amphetamines. Whilst amphetamines generally elevate levels of neurotransmitters such as dopamine across the whole brain, a low dose of methylphenidate has a different impact on levels of these neurotransmitters in different brain areas. The trick with methylphenidate is that it slightly increases dopamine and noradrenaline in prefrontal brain areas involved  in maintaining attention and inhibiting impulsive behaviours, whilst having a minimal impact on levels of those same brain chemicals elsewhere in the brain that lead to the hyperexcitability usually associated with amphetamine drugs. But what effect do such drugs have on a healthy, normal brain? Overall there is minimal evidence to suggest any objective improvement on alertness, attention, mood or memory (apart from spatial memory) when healthy people take methylphenidate. So my message to school kids (or their parents for that matter) who are considering buying into the promise of Ritalin enhanced grades? Don’t believe the hype!

In addition to these brainposts at: www.drjack.co.uk, you can get a daily #braintweet by following Dr Jack on Twitter. 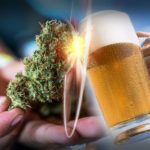 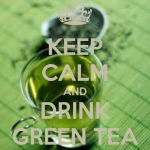