This is a review of “Beat City” – a Nintendo DS (2D) game that I believe has all the hallmarks of something that, although designed purely for pleasure, may actually improve brain function. A recent scientific review outlined several video games that, despite being developed only with gameplay and sales in mind, were nonetheless found to improve visual perception, sustained attention, task switching, rapid option selection and several other vital aspects of cognition. With this in mind I’ve been keeping an eye out for other games that might fall into this category.

The upshot is that whether you’re very old, very young or somewhere in between, not only can playing a musical instrument create a torrent of activity in your brain’s pleasure pathways, but it can also be of long term benefit for a variety of different brain areas that support several cognitive functions. 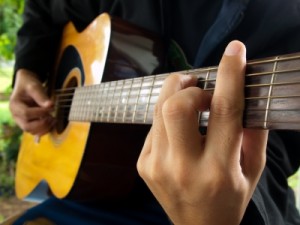 Beat City involves travelling around a comic book stylised world on a mission to bring music back into the lives of local inhabitants – by tapping along to the beat of a variety of electronic tunes. You are the “Synchroniser,” a brave inhabitant of Beat City who is hell-bent on freeing his fellow citizens from their banal tuneless existence. En route you encounter several bizarre characters with whom you must do battle by tapping, swiping and holding the beat in time to music of varying complexity. Although upon first appearances it may seem to be aimed at younger audiences, this game gets tough – tough enough to provide even those naturally musical people out there (even my girlfriend who reached grade 8 in three different musical instruments!) with a challenge as you progress through harder and harder levels.

For the rest of us even the early levels can prove quite taxing. Hitting a rich vein of form is rewarded with a visual technicolour treat. The muted greys of Beat City are yanked out of their dreary and monotonous existence by your beat perfect music making, with the screen springing into life with a vivid burst of colour (and the characters ending up wearing increasingly bizarre fancy dress outfits.)

Reproducing a beat with accurate timing taxes a fair few different brain areas. The auditory cortex – distributed predominantly across the upper level of the temporal lobes (see diagram on the right) – crunches the soundwaves into what we actually hear through a division of labour across different patches of brain cortex which each extract different types of information. Firstly, the sound is separated out into its different frequencies at the cochlea in the inner ear and ferried to the primary auditory cortex (shown inset on the right).  Some specialist areas are involved in establishing the rhythm.  Others find and create the perception of melody. Functional units residing predominantly in left side of most people’s brain will extract the meaning from words in a song. Others, mainly in the right half of the brain, extract the emotional tone of the music. Then there are the brain areas involved in tapping along to the beat: pre-motor regions of the frontal cortex plan the movements and the motor strip triggers them. In order to get the timing just right, the cerebellum – hanging off the back of the brain – finesses the signal on its journey from brain to finger muscles to ensure that the stylus hits the touch screen precisely in time with the beat as opposed to a little too early or late. In Beat City, the accuracy with which you time each tap is indicated on screen by the size and colour of a musical note.

To recap: different brain areas simultaneously extract different features from the sounds that reach the ear to creates sense of hearing in our everyday lives. Patterns in the sound are automatically extracted and we naturally anticipate when the next sound is likely to occur, enabling us to synchronise our actions according to the patterns in the sounds. This instinctive impact of rhythmical sound on movement is where the urge to dance comes from.

Clapping, singing or playing a musical instrument requires different cognitive functions to operate simultaneously and interactively. Having to listen to, follow the rhythm of and anticipate changes in a musical score in order to producing carefully coordinated finger, hand (and for wind instruments: also mouth and respiratory tract) movements is a highly cognitively demanding task. Growth of extra connections (and therefore increased efficiency) in brain areas involved in perceiving sounds and producing accurately timed, precise, carefully coordinated movements are just the front and back ends of the brain workout.

In addition, prefrontal brain areas responsible for working memory, anticipation, vigilance, error correction and many other cognitive functions are also put through their paces by virtue of having to ensure that the two processes are properly integrated.

At the end of the day even if Beat City doesn’t inspire the desire to play a proper musical instrument, enabling the full brain-benefits of musical engagement to be earned, I believe it is nonetheless an effective way of challenging and thus improve your capacity for working memory, concentration and fine motor control that will come in useful in everyday life as well.

In addition to these brain posts you can catch my daily #braintweet by following me on Twitter. 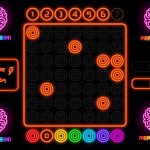 Dr Jack’s review of Brain Training on the Nintendo DS