At the onset of puberty the grey matter reaches maximum thickness and that key process of maturation, neuronal pruning, begins in the adolescent brain. This process does not occur uniformly across the whole brain but instead starts at the back of the brain and gradually progresses towards the front over a period of several years. Research at the National Institute of Mental Health in the US has tracked these changes using MRI to create a colour-coded animation that gradually progresses from an early teenage brain to a late teenage brain with red indicating where the grey matter is thickest, yellow a little thinner, green a little thinner again and finally the thinnest (and most mature) brain areas in blue:

If you pause the video after about 2-3s you can see the status of the brain in the mid-teens – it is quite literally suspended half way between the adult and child form – some brain areas have fully matured by this point in life (blue), but there is a vast patchwork of reds, yellows and greens indicating many brain areas that are still in their childlike form. If you re-start the video you’ll notice right at the end the very last brain area to go from “almost mature” green to “fully mature” blue is at the front of the brain, within the prefrontal cortex. The dorsolateral part of the prefrontal cortex (the upper side parts of the brain region residing behind your forehead) is responsible for impulse control in the mature fully developed brain. 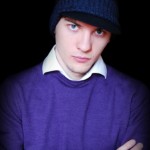 Adults who have brain damage in areas of the prefrontal cortex lose their ability to control their anger – reacting in a highly aggressive manner at the slightest provocation. Remind you of anyone? When the hormones of adolescence are running riot, teenagers can often find themselves in situations that induce feelings of helplessness and frustration, which invariably finds expression as anger. This happens because prefrontal brain areas that are used to exert control over impulsive behaviours in adults are not yet fully developed. The important thing to remember is that late development of these important brain areas is not necessarily a mistake and may not, frustrating as it may be for the poor, long-suffering parents, be a bad thing. The inability of teens to control their aggression and arguments that their crankiness causes may actually help to break reliance on parental support, encouraging them to test the waters of independence in preparation for independent adult life.

In addition to these brainblogs you can follow Dr Jack on Twitter to catch his daily #braintweet.

How Teens Learn So Much So Quickly by Dr Jack Lewis 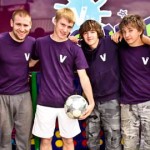 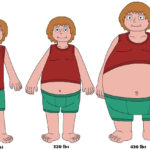 One thought on “What Goes On in a Teenage Brain? by Dr Jack Lewis”